The committee for the Bernd T. Matthias Prize has selected the recipient for 2022, Dr. Mikhail Eremets of the Max Planck Institute for Chemistry for his pioneering studies of superconductivity in hydrogen-rich compounds under high pressure with Tc >200 K.
Mikhail Ivanovich Eremets studied physics at the Moscow Engineering Physics Institute and received his Ph.D. at the Moscow Institute of General Physics Academy of Sciences. He then started his professional journey at the the High Pressure Physics Institute of Academy of Sciences of Russia, Troitsk, Moscow as a researcher and grew to lead the institute as the Director of the High-Pressure Physics Department.  From 1991 onwards,  he worked in the most renowned high pressure laboratories over the world: in France (University Paris 6), Japan (NIMS and Osaka University), USA (Geophysical Laboratory), UK (Clarendon Laboratory) and others. At present Mikhail Eremets is a staff member of the Max Planck Institute for Chemistry in Mainz and he leads the research group "High-pressure chemistry and physics".
For more information on Mikhail Eremet’s Research work visit his group research:
https://www.mpic.de/3538358/Eremets_Group 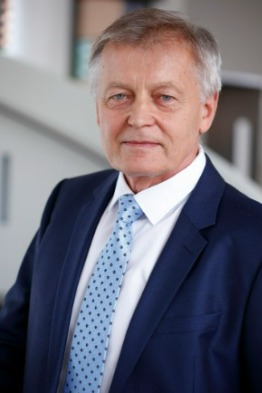 The BERND T. MATTHIAS PRIZE, created in 1989 by friends and colleagues and initially sponsored by AT&T Bell Labs, is now accepting nominations for the 2022 award. The Matthias Prize, awarded in recognition of innovative contributions to the material aspects of superconductivity, will be awarded during the M2S-HTSC meeting in Vancouver, British Columbia, to be held July 17--22, 2022.

The BERND T. MATTHIAS PRIZE, created in 1989 by friends and colleagues and initially sponsored by AT&T Bell Labs, is awarded in recognition of innovative contributions to the material aspects of superconductivity. Since 2000, the Prize has been sponsored by the Texas Center for Superconductivity at the University of Houston, whose founding director, Paul C. W. Chu, was Matthias’ former student. The Prize consists of $6,000. USD and a special framed certificate designed by Elsevier.

The Bernd T. Matthias Prize for 2018 is awarded to PROFESSOR KATSUYA SHIMIZU of Osaka University for his discovery of superconductivity in non-superconducting elements under high pressures with a Tc up to 29 K. The award was presented at the M2S-HTSC Conference in Beijing, China.

The Bernd T. Matthias Prize for 2015 is awarded to co-recipients PROFESSOR XIANHUI CHEN of the University of Science and Technology of China for his discovery of (Li,Fe)OHFe(Se,S), Ybx(Me)yHfNCl (Me= NH3 and THF), and doped phenanthrene, broadening the material base for superconducting studies, to PROFESSOR ZACHARY FISK of the University of California Irvine for the discovery of UBe13, UPt3, ThCoC2, and LaRhSi3, for unraveling the roles of heavy fermions and non-centrosymmetry in superconductivity, and to PROFESSOR ZHONGXIAN ZHAO of the Institute of Physics, Chinese Academy of Sciences, Beijing, for the discovery of RE(O,F) and (RE)O1-xFeAs (RE = rare earth) with a Tc up to 55 K, demonstrating the limit of Tc in bulk Fe-based superconductors. The awards were presented at the M2S-HTSC Conference in Geneva, Switzerland.

The Bernd T. Matthias Prize for 2012 was awarded to co-recipients PROFESSOR DIRK JOHRENDT of Ludwig-Maximilians-Universitat Munchen for his role in the 2008 discovery of the BaFe2As2 and related materials that have helped further the research and unravel the physics of the novel Fe-based superconductors, and to DR. IVAN BOZOVIC of Brookhaven National Laboratory and PROFESSOR JAMES ECKSTEIN of the University of Illinois at Urbana-Champaign for their pioneering and sustained contributions to novel synthesis and engineering of superconducting materials. The awards were presented at the M2S-HTSC Conference in Washington, DC.

The Bernd T. Matthias Prize for 2009 was awarded to co-recipients PROFESSOR YOSHITERU MAENO of Kyoto University, for his 1994 discovery and subsequent purification of Sr2RuO4 that creates a unique platform for revealing decisively some unusual features of superconductivity, and PROFESSOR HIDEO HOSONO of the Tokyo Institute of Technology, for his 2008 discovery of LaO1-xFxFeAs that has heralded in the era of Fe-pnictides for the search for and the unraveling of high temperature superconductivity. The awardees delivered remarks following the Prize Ceremony on September 9, 2009, at the M2S-HTSC-IX Conference in Tokyo, Japan.

The Bernd T. Matthias Prize for 2006 was awarded to PROFESSOR DR. FRANK STEGLICH of the Max-Planck-Institute for Chemical Physics of Solids for his 1979 discovery of CeCu2Si2 and the associated novel electronic state that has inaugurated an exciting field of heavy fermion physics. Dr. Steglich delivered the Bernd T. Matthias Prize Lecture entitled “Superconductivity and Magnetism: From Antagonism to Mutual Interplay” on Tuesday, July 11, 2006, at the M2S-HTSC-VIII Conference, held in Dresden, Germany.

The Bernd T. Matthias Prize for 2003 was awarded to PROFESSOR JUN AKIMITSU of Aoyama Gakuin University for his discoveries of novel superconducting compounds MgB2 and Bi-Sr-Cu-O; and of superconductivity Nd-Ce-Sr-Cu-O and compressed (Sr,CA)14Cu24O41, that have led to the advancement in Tc, opened up new subfields of research and offered new avenues to practical superconducting wire fabrications. Prof. Akimitsu delivered the Bernd T. Matthias Prize Lecture on May 26, 2003, at the M2S-HTSC-VII Conference, held in Rio de Janeiro, Brazil.

The Bernd T. Matthias Prize for 2000 was awarded to PROFESSOR M. BRIAN MAPLE of The University of California at San Diego for his pioneering contribution to the understanding of superconducting materials in general and interplay between magnetism and superconductivity in particular. Prof. Maple delivered the Bernd T. Matthias Prize Lecture, “Three Decades of Progress on Superconductivity and Magnetism in Novel Materials,” Wednesday, February 23, 2000, at the M2S-HTSC-VI Conference, held in Houston, Texas USA.

1997:  Beijing, China: BERTRAM BATLOGG and ROBERT J. CAVA for their leading work on a variety of superconductors through the successful combination of creative materials chemistry and physics.

1994:  Grenoble, France: PAUL C. W. CHU, BERNARD RAVEAU, and M. K. WU for their outstanding discoveries of mixed valence copper oxides which set the stage for, and expanded the horizons of, high-Tc superconductivity.

1991:  Kanazawa, Japan: HIROSHI MAEDA and YOSHINORI TOKURA for their discoveries of materials that have led to the delineation of essential structural elements in the high temperature superconducting cuprates. 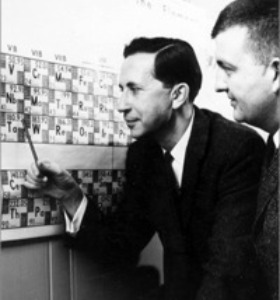 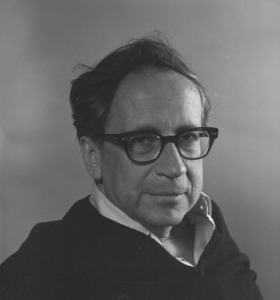 Bernd Teo Matthias (1918-1980) was born in Frankfurt am Main, Germany, on June 8, 1918. He completed his Ph.D. in physics in 1943 at the Eidgenossische Technische Hochschule Zurich and continued his research there for four more years. He immigrated to the United States in 1947. Matthias was elected to the National Academy of Sciences in 1965 and is most noted for his discovery of nearly 1,000 superconducting materials.

In 1947, Matthias accepted an appointment at the Massachusetts Institute of Technology. The following year he began an affiliation with the Bell Laboratories in Murray Hill, New Jersey. On leave from Bell Labs in 1949-51, Matthias was an assistant professor at the University of Chicago, where he developed a career-long collaborative relationship with Willy Zachariasen, a crystallographer and the head of Chicago’s Physics Department at that time. While at the University of Chicago, Matthias turned to superconductivity and ferromagnetism in collaboration with John K. Hulm. His interest in the relationship between these two phenomena continued throughout his career.

In 1951, Matthias returned to Bell Labs, where he discovered many more superconducting materials and developed the concept of “electron counting.” This was an empirical guide that related the transition temperature of superconducting materials with their number of valence electrons per atom, a tool he used to discover many superconducting materials. Matthias was invited to Los Alamos National Laboratory (LANL) as a consultant in the Theoretical Division in 1956 or 1957. In 1961 he joined the physics faculty at the University of California, San Diego, and maintained a part-time presence in the labs at Murray Hill. He also maintained a presence at LANL, collaborating there with some of his former UCSD students, thus participating in and conducting research in three labs simultaneously.

A year after joining the Physics Department at UCSD, Matthias founded the Institute for the Study of Matter, funded first by the Air Force and later by the National Science Foundation. In 1966, the Institute merged with the Physics Department’s Institute for Pure and Applied Physical Sciences under the direction of Keith Brueckner. Matthias became associate director. Matthias explored the boundaries of science and metaphysics in his courses for undergraduates titled “Frontiers of Science.” He was still actively researching and teaching when he died of a heart attack on October 27, 1980.